The inhabitants of the Croatian coastal region and its islands have been dealing always with seafaring, shipbuilding, fishing, viticulture and olive growing. 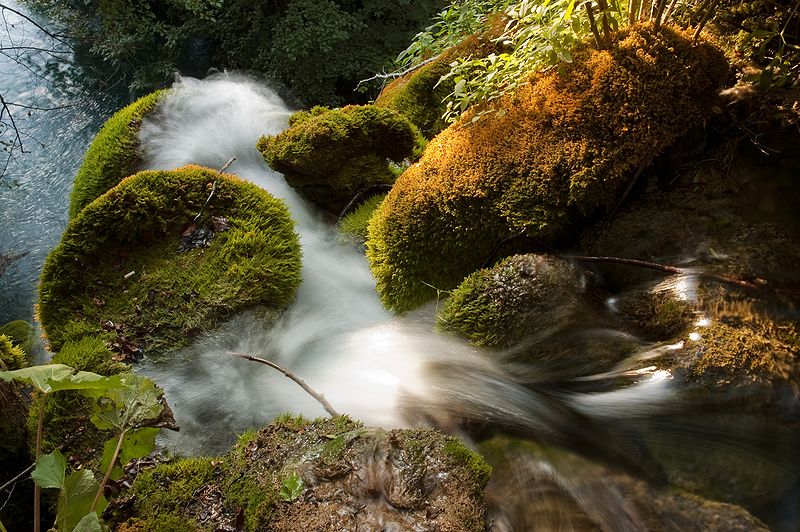 From the clean sea people win by drying salt, which was cash in the earliest period in already. The oldest salt plant is located in Ston (13C.). Today the salt plant supplies on the island Pag Croatia with sea salt. The olive is for centuries not only food but also remedies and symbol of life.

The beautiful and valuable olive tree is planted with love and poured so that descendants can enjoy its fruits. Eaten they are fresh, salted or pressed into oil. And not in olive oil, many delicacies were not what they are.

Aromatic plants such as rosemary, basil, fennel u. V. A are. For the special taste of the Istrian and Dalmatian cuisine, as well as of this wine served responsible. In its color and taste the power of the sun is trapped and is used under a lot of effort and traditional to refine every drop. Vineyards and winemakers there is enough in this region, so that the vineyards of the islands seen from the sea seem to slide into the sea, inexorably.

The Croatian wine-growing tradition has been to sea borne ever due to the many removals of islands to island and sea. Grgich (Grgić) from the island of Brac is today the most famous wine of New Zealand and also in California, there are Croatian Weinbauern.Eine Another tradition is olive growing, particularly in the city of Punat on the island Krk. Olive Festival in Punat takes place usually in September.

The enchanting scents of the Mediterranean float well over the purple lavender fields of Hvar. The lavender bunches, essential oils, creams and soaps are offered everywhere on the coast to take them home to presented it or simply to enjoy. If it is so clean and warm like ours, then live in the sea than fish and shellfish also sponges and corals. The inhabitants of the island Krapanj deal for generations to the processing of sponges. On the island Zlarin however, one that specializes in the machining of bright red Adriatic coral. Unfortunately, this tradition is losing over the years more and more. 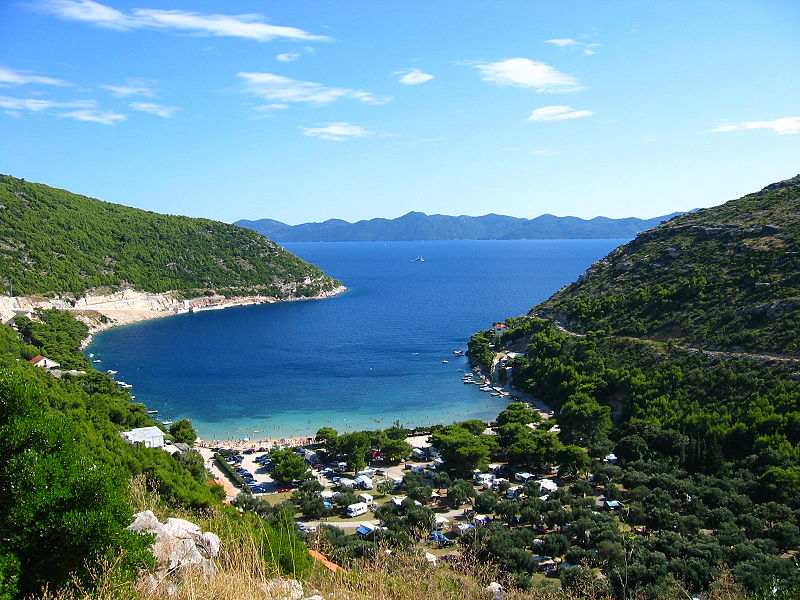 The maritime and shipbuilding are the people there in the blood. The best known is probably the sailor Marko Polo from Korčula. Major shipbuilders were the old Dubrovnik and today there are small, family farms like. z. B. a on the island of Rab.

The fish was in some places, in the vicinity there was too little land for tilling and even less rain, the staple food of the families. Fishing was in any weather, but the networks were not always filled to the brim. The descendants of the fishermen of Komiža fishing Salij and now in the ocean in front of American and Chilean coast. The here left behind supply the fish industry in Rovinj and a large number of restaurants.

Today is still fished. However, more and more to the for tourism and more out of pleasure than necessity. Nevertheless, such a self-caught, grilled or braised fish still tastes delicious. Say at least the locals - and which one should be believed ...

All activities described are still kept and they unfold even thanks to the development of tourism, whose 130th anniversary was already celebrated. Except, of course, hotels and other modern facilities and activities offered. Where dominated at the end of the 20th century the classical, healing congress tourism, nautical, adventurous and rustic tourism is asked in this century ...

All this and much more you can find here in Croatia. The beauty of nature is due to the original and diverse landscape which alpinism, mountaineering, rafting, diving, sailing, paragliding and much more allows.
And even if you already own exercise any of these activities, however, would like to learn one or more of them, then you are guaranteed enough and finding good trainers and offers it. Antique and art lovers and amateur archaeologists should visit especially the old coastal towns such as Split, which can boast with a 1700 year old history.

The people of this region have many positive characteristics and know how to enjoy the finer things in life in addition to the hard work.

In the coastal towns and lives throughout the Mediterranean region, would, and fight you on the street. There is talk, gossiping, scolded, but also sung. The vocals, especially the men's choirs (klape), accompanies people day in and day. Man singing at work and at leisure, in joy and sorrow, alone or with friends, so no one has to wonder about the fact that the great Croatian singer mostly originate from the coast or the islands.

In her spare many men bocce, even or especially when they are older. In this sport, the Croats have already celebrated remarkable achievements. The women are a subject in itself. On one hand, it is not just a rumor that they are especially nice if one takes as a benchmark the many national and international beauty contests.

On the other hand should be added that they are just as good mothers. acting Most of our songs, except the sea and love, by the mothers. The women made earlier on lots of silk and klöppelten. Nowadays this work, however, is almost forgotten. The Coast Konavle in Dubrovnik is famous for its special silk spinning techniques that belong to the pride of every home.

The women cultivated their own silkworms, cooking the cocoons, spun the threads and colored them yellow, red and black. The women of Pag contrast klöppelten tip Agavenfäden which, if not are still as valuable even more valuable than before.

The beauty of this country is not only in the beauty of the landscapes and their fruits that we see, feel or taste, but also the peculiarity of the locals which give us both by their appearance, their lives and their thinking. However, the greatest value everyone finds in things and experiences that he can take to share with loved ones and remembered.

The coast 5835.5 km or in other words 74% of the Adriatic coast belonging to Croatia, 16% to Italy, 5% to Albania, 3.3% to Montenegro, 0.5% to Slovenia, and 0.3% to BiH , This coast is one of the "turned notch test" of the world. The Istrian Peninsula has an area of 3,476 square kilometers and is one of differently sized parts of the three states of Croatia, Slovenia and Italy. 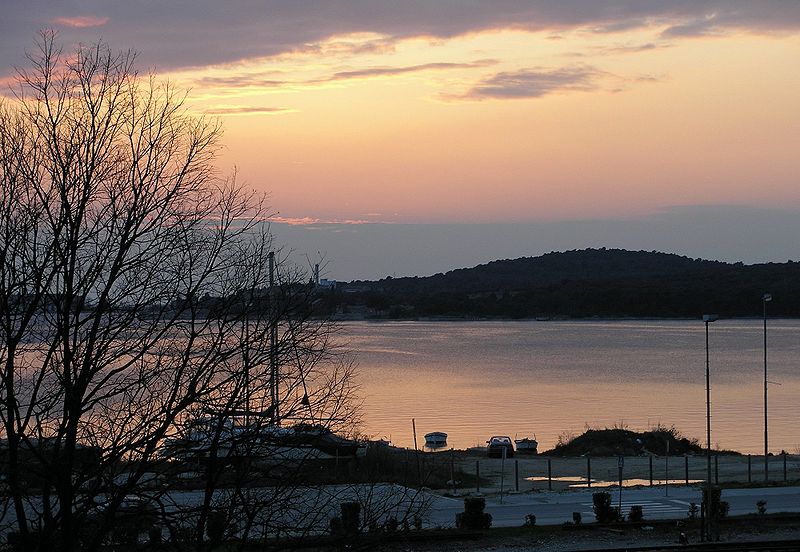 The proximity to Italy offers the opportunity to get to know the Italian side of the Adriatic. The city of lagoons is so much to explore: Venice was the ruler of the seas and is now one of the most famous Italian cities and on 4 islands. The whole town is crisscrossed by canals where mostly gondolas and vaporettos sail because of car traffic prohibited there or is simply impossible. Special tourist attractions are a gondola ride, feeding the pigeons in the square of St. Markus, view the tour of the Bridge of Sighs and the possibility of a number of local churches.

Venice, the city with the most epithets. One of them is La Serenissima what "the fairest" means and therefore to that of Venice for centuries as was the city of lovers, the city of artists, writers, musicians and painters, city of glass magician Murano Island and the movie lover. During the Carnival, you can here, as in Rio, experience the peak of exuberance and joy before Lent. This is the week in which one surrenders all pleasures and celebrates unceasingly.

The Adriatic Sea Croatia also shares with the Republic of Slovenia, whose coast can also boast beautiful nature and cities with an interesting history. More specifically, the Slovenian coast stretches to the Bay of Koper and a part of the Piran Bay are the mouth of the river Dragonja. Piran iact a coastal town with a partially preserved medieval city walls. The walls consist of two parallel ramparts from the 15th and 16th centuries.

Some well-known attractions are the Tartini Square and the Church of Sveti Juraj which stands on a hill outside the city. Furthermore enumerate are "Mletačka kuća" or "Venetian House", which mid-15th century. As a residential house built in the style of Venetian Gothic and Ziehbrunnen in the main square and the "Baroque house" that from the Baroque end of 18C. Stammen.

From the Adriatic to the Montenegrin coast

The exploration of the Adriatic should terminate in the south and visiting the Montenegrin coast there.
One of the most wonderful Adriatic coves is the Bokokotorski, which is also called Bay of Croatian saints and today belongs to Montenegrin territory. Igalo and Herceg Novi are the most attractive locations on the Montenegrin Adriatic coast. Igalo from all directions to reach by any means of transportation. Being so close to two international airports, the Adriatic road with branches towards Dubrovnik, Mostar, Trebinje, Sarajevo, as well as the capital of Montenegro Podgorica (in Dubrovnik in 26 km distance and Tivat 22 km Čilipi Airport), Igalo is optimal transport with Croatia , Bosnia and Herzegovina and the rest of Europe together. The sea link is the ferry that connects the Italian coast with the ports of Dubrovnik and Bar. Such ferries also exist for other Croatian islands.

Igalo and its neighbor Herceg Novi are located in a picture-perfect small bay on the southwest side of Bokokotor Bay at the foot of mountains Orjen (1982 m). The ancient Greeks, Romans and Illyrians built their villages, both in the bay, as well as in the surrounding mountains.

Since then great powers like Byzantium, Venice, the Ottomans and Austria-Hungary have dominated this area. If you walk along the streets and shops of Herceg Novi, as you stroll through the history of the Mediterranean. One should look in any case, the Roman mosaics in Risno, the church Our Lady of the Rocks, the exhibits from the church museum and the beautiful church of Orovac, which was built on a cliff with beautiful views of the Bay of Kotor.

After that you should Dobrota and the old town of Kotor and Budva, which is full of life in summer visit. It is similar in Bečići, Miločer, St.. Stefan and Petrovac. Should you visit a bar, one will show proudly a more than 2000 year old olive tree with a trunk circumference of more than 10 meters.

The exploration of the Adriatic you should quit depending on your starting point in the south or north. Because, even if you think they have seen it all, so you will always have a lot of places, monuments and people who have seen and know to be learned value. Although many countries share the Adriatic Sea, so can the stones of different cultures, traditions and customs in the history together to form a mosaic whose fate is beauty and durability.