The Marina Trogir is separated by the channel Trogirski with the Old Town. The 3-minute walk in order to reach the old town Trogir invites you already for a visit before or after your yacht charter cruise.

To the south of the ACI marina is the promenade of Trogir  located, where nice cafes and restaurants can be found at the end of the fortress Kamerlengo. This was built  in the 16th century to house the gold of the Venetians. On the shore stood a boat always ready to bring the gold in safety if Turks came. From the tower of the fortress, you have a magnificent view of Trogir.

Trogir is a good starting point for sailing trips on a charter yacht to the islands Solta, Brac, Hvar and Vis.

The city Trogir is situated on a small island between the mainland and the island Ciovo. The channel north of the city is only 2 meters, further inside only 1 m deep. The city is connected via this channel by a masonry bridge to the mainland. With the Ciovo Island, where the ACI marina is situated, the city is connected through a 2.40 m high mobile bridge that does not open. The ships that do not go under the bridge drive from the west side between Čiovo and the cliff Celice. The green light is a landmark on Kap Rt Čubrijan (Fl G 2s 8m 4M)if you come from the west side, the exact position is N 43 ° 30.7 'E 16 ° 14,6'. If you come from the east side, your course will be marked by red and green tons. The channel under the bridge is 4.5 m deep. 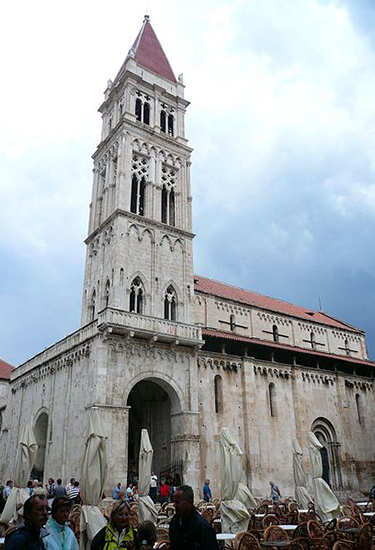 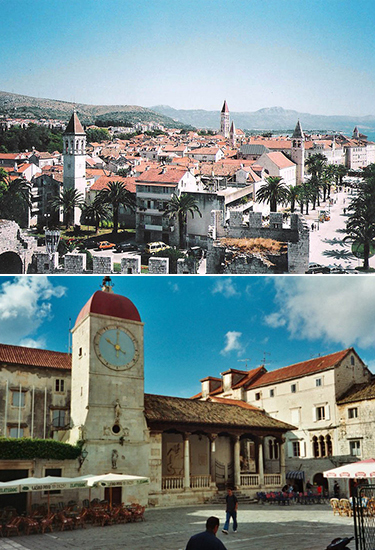 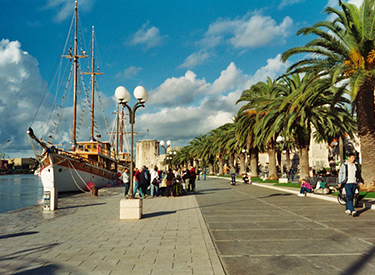 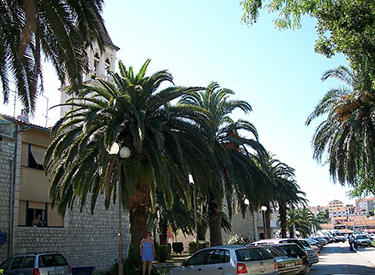 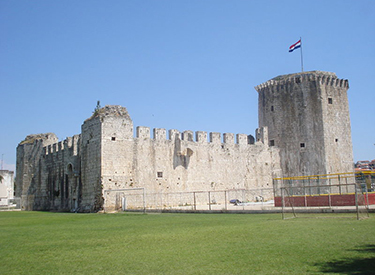 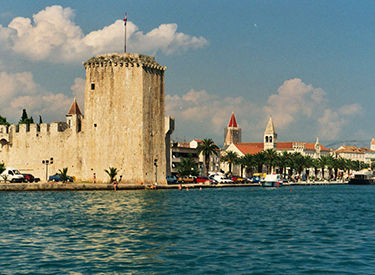 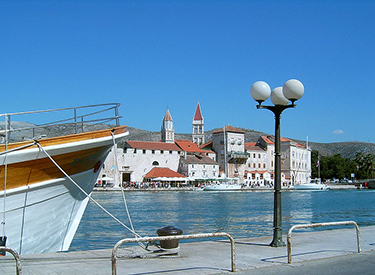 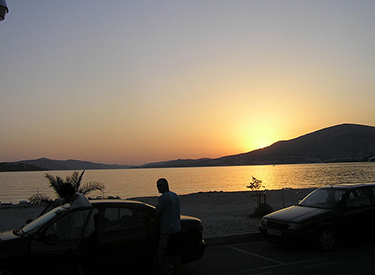 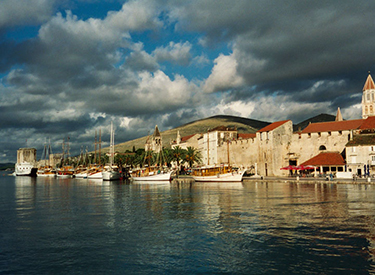 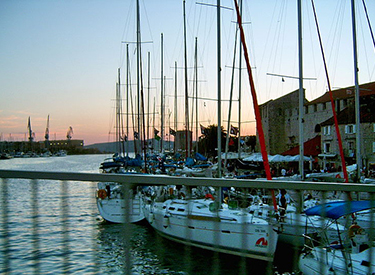 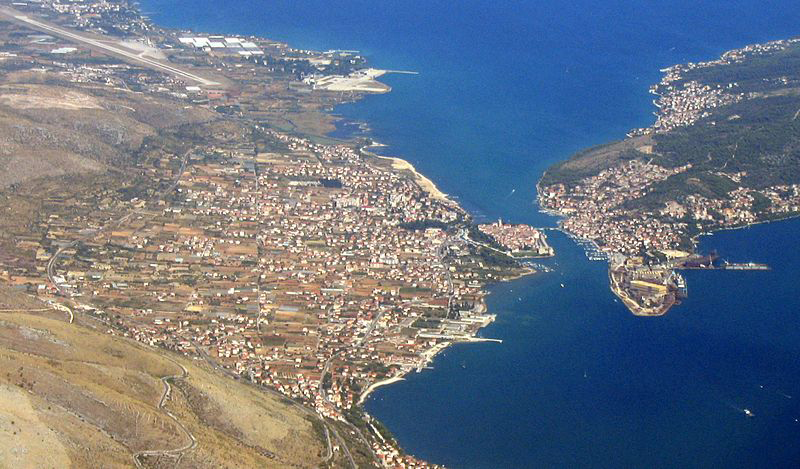 The marina has 162 berths and 35 boat places on land. All berths are supplied with water and electricity connections.

By airplane - Split airport is only 6 km away from Trogir and is connected to the major European cities. By sea - regular ferry connection from Split (25 km) to Rijeka and Dubrovnik and Ancona, Pescara and Bari in Italy.