Yacht Charter Primosten - with Sunja Yachting there is always maintained charter boats and yachts for rent. Through years of experience in the sailing business we are your specialist for yacht charter and boat rental in Croatia.

Primosten was an island and has kept the atmosphere and the architectural imprint of a medieval Mediterranean fishing village. The place is dominated by the church Sv. Juraj (St. George's), which represents the highest point of the former island. The  attention draw also the church Gospa od milosti and the chapel Sv. Roko.

The unique marina Kremik is naturally protected from the wind, surrounded by vineyards, which are woven from stone honeycomb, and located on the slopes of the mountain. The scenes of the stone cells of the vineyards where the grapes Babić grow, are a special experience and prove that man can improve the rudest landscape and make it fruitful. On the peninsula Raduča, north of the city, in the dense pine forest, are hotel accommodations and beaches with many offers located. The former island Primošten is now connected by a bridge and a dam to the mainland. The town is located between Šibenik and Trogir.

The city walls were built in the 17th century by fishermen and farmers. Before that, the city could only be reached by a bridge. Text of the Croatian Tourist Board about the historical significance of Primosten. A bridge was built in the 16th century, linking the island with the mainland. The islet had fortified walls and two towers, which were demolished at the end of the 19th century.

The parish church of St. George is at the highest point of the island, it was built in the 15th century, but was reconstructed in 1760. It keeps the silver icon of the Blessed Virgin Mary with a representation of St. Mary with Sts. Luke and George, a work by Master Cusi from 1719. Oat the entrance of the town is a Baroque chapel from 1790. In the hamlet Kruševo is the medieval church of St. Martin obtained (Bogomils grave stones in the cemetery). In Siroka is the church of St. Jerome from 1460 and in Prhovo stands the medieval, several times restored George Church.

Information about the Marina Primosten:

The small port town on the peninsula has few moorings. Especially in the high season you have to arrive in time to be able to grab a berth. If these places at the pier are occupied, you can also go the city-side dock. There, however, it is advisable to stay fixed at the bow, because the sea wall has some projections and it is quite flat. In addition to electricity and water, the Port offers basic facilities.

Those who could not get a berth, they can moor in the harbor on a buoye or anchor there on 6 meters depth. But, the holding ground is not the best.
Those who rather want to be in a marina, have the possibility to use the Marina Kremik few kilometers south of Primosten. From there, a shuttle bus runs regularly to Primosten, or you can walk half an hour along the coastal road. 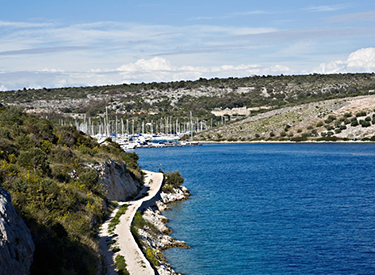 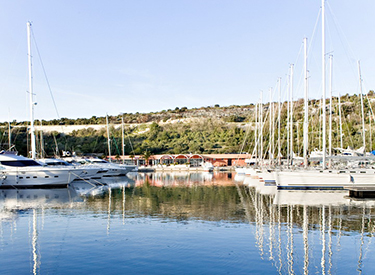 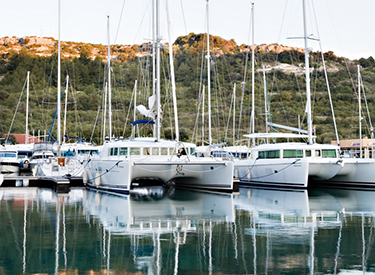 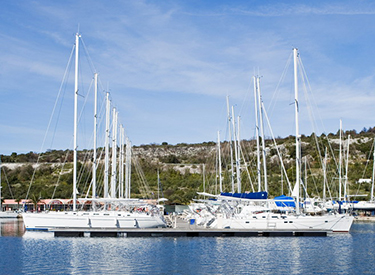 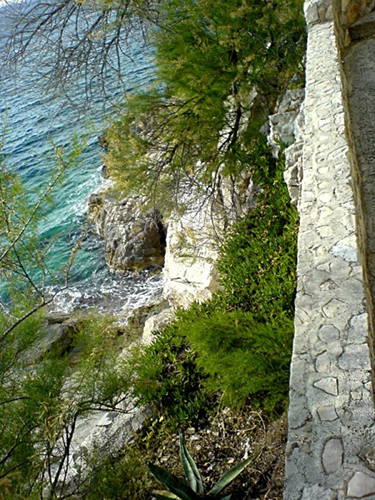 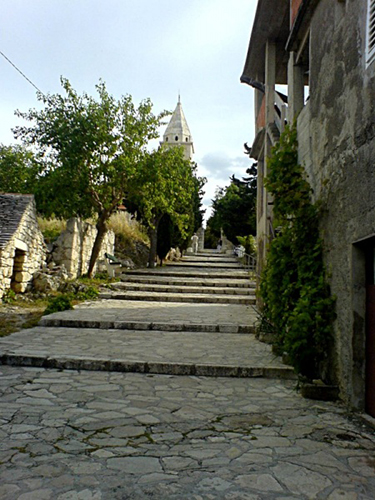 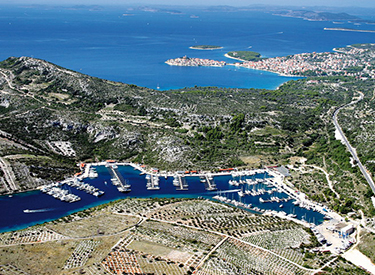 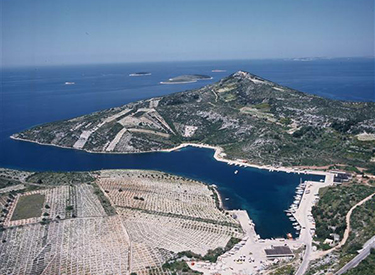 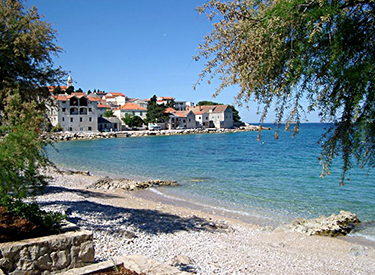 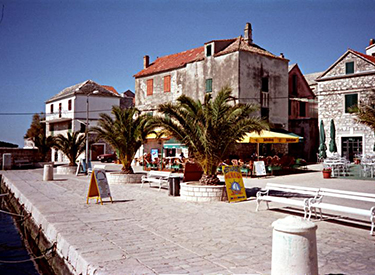 The marina has 393 berths in the sea and 150 berths on land, all with water and electricity provided (220 V / 380 V). The marina is well lighted and guarded. From the content, the following should be mentioned: reception, restaurant, supermarket, boat shop, technical maintenance service with shops, petrol station and taxi. There is also the possibility to rent a range of luxury charter boats.

For all the seafaring enthusiasts Kremik Marina is a preferred port.