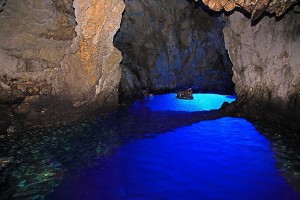 Croatia has innumerable as a true karst caves. The best known and most intriguing of these is the Blue Grotto (Modra spilja) on the island of Biševo and the Dragon Cave (Zmajeva Špilja) on the island of Brac. Caving Croatia Accommodations caves of Papuk and the regions of Kordun, Lika, Dalmatia and Zagora are open to visitorswith no experience, so that they enjoy the various stalactite and Stalagmitenformen. The most attractive caves are in Istria, Gorski Kotar and Medvednica, which we recommend (Spilje Cerovačke) for true lovers of the underworld Veternica near Zagreb, the caves of Cerovac in Gračac and Lukas pit (Lukina jama) on the Velebit mountain.

Caving is for adventure and hunger for knowledge. But not only professionals, lay people can explore these mystical worlds. Tourist attractive are mainly the caves, such as the Croatian Barać caves.

In Croatia there are more than 11,500 known caves, on the mainland, the islands, under the sea, in rivers, in the mountains ... In many parts of Croatia no systematic speleological explorations and explorations have yet been carried out. In addition, it is believed, rightly, that the number is far greater, since many of them have no natural access to the surface, but can only be discovered by construction. So far more than 1000 caverns were in the construction of highways, bridges, overpasses and tunnels in Croatia discovered i.e. Caves and caverns, of whose existence we knew nothing and had no openings at the surface. Based on the number of discovered and researched caverns, Croatia is worldwide the first place. Speleologists from Croatia take in the International Speleological Union (Unio Internationale de Speleology - UIS) a significantly large amount of space a.

Some caves have your eye additionally include interesting tourist attractions. Thus vestiges of extinct cave bears can be seen for example in the cave Veternica, elsewhere you can see specimens of fossils, bats in the cave Đurovića špilja under the Dubrovnik airport are issued autochthonous wines from Konavle while the Modra špilja rich on the island Biševo in natural light effects is (blue reflections in sea water), and in the cave Baredine, the only tourist decorated cave in Croatia, a living human fish is exhibited in his native ambience ...

Caves in the Kvarner bay

Caves in the region of Velebit

Caves in the country's internal

Caves - only suitable for professional cavers

Caves in the Kvarner bay

Caves in the region of Velebit

Caves in the country's internal