Once the largest town on the island, it is located in the middle of the South Island coast. The old town of Rab has only 739 inhabitants (according to the last census), who live mostly on tourism.

The patron saint of the town and the island of Rab is Saint Christopher, whose skull is preserved as a holy relic on the island of Rab. In his honor, every year on the day of St. Christopher (July 27), the medieval games, the” Rapska Fjera” are held on the island. Marino, mason of the Island of Rab founded San Marino according to legend, in 301 AD. San Marino is one of the oldest republics in Europe. 1936 the late British King and later Duke of Windsor King Edward VIII and his wife Wallis Simpson swam, with the express permission of the local authority, naked in the sea. During the period of Italian Fascism the concentration camp Kampor was operated from Italy. After the disintegration of Yugoslavia, the island became part of the independent Croatia.

The name of the island of Rab (Arbe, Arbia Arve or Arba) probably derives from the Illyrian word Arb, which means as much as dark, green, forested. The Illyrians were the first rulers of the island. Then came the Greeks, Romans, Byzantines, Venetians and Croatian-Hungarian rulers, who have all left their mark and their influence on the island. The different architectural styles can be witnessed by looking at the city walls, churches, palaces and portals. Emperor Augustus brought the old town of Rab, 10 BC In the status of Municipium, i.e. City Government. His successors gave the Island the rare title of "Felix". Felix Arba means something like "Happy Rab". In 1889 the city council decided to declare Rab a holiday and health resort. The boom in tourism experienced the island between the two world wars as King Edward VIII and his wife stayed on the island and also visited the 2 years ago previously inaugurated official natural beach, with which the opening of nudism on the island officially began. In the beginning of the 20th century, the forester Pravdoje Belia created Rab’s "Komrcar" above the town. This park consists mainly of pines, agaves and Indian figs. There you can take relaxing, long strolls. 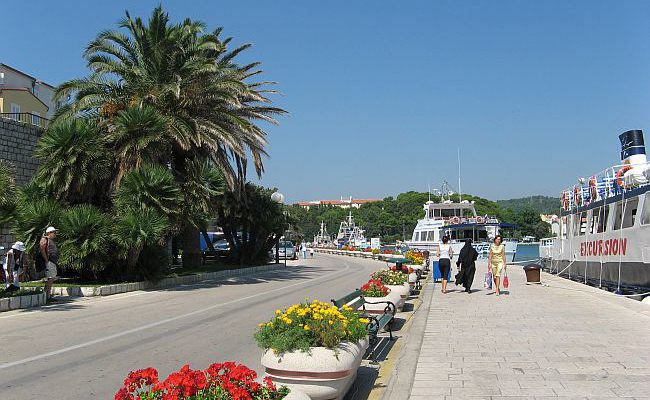 The old and the new Rab

Besides Dubrovnik and Trogir, the cities of Rab and Piran in Slovenia are considered to be the most beautiful cities on the Croatian coast. Rab's most distinctive landmark, the four bell towers, reminds from his appearance from afar of a four-master. These four towers are among the partially preserved churches, the Johannes the Baptist, the Holy Cross Church, the St. Andrew's Cathedral and the Assumption Church. Along the east side of the old town, the promenade named Obala Kralja Petra Kresimira IV runs along.

The town of Rab is still surrounded by a city wall. Within the city walls in the south you will find the district Kaldanac - "the old Rab" and north, the district of Varos - "the new Rab". For the tourists a historical separation between the old and new town of Rab is no longer comprehensible. From Trg sv Kristofora a stairway leads to the ruins of the correspondent district in Varos. At the north end of town on the city, near park Komrčar, the city wall offers views over the city’s rooftops.

Open all year, Marina has 142 berths for water, which all have a power and water connection. 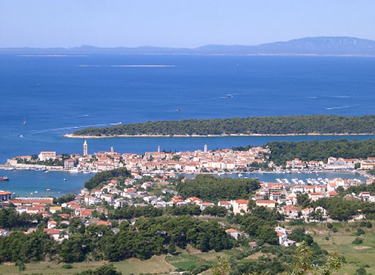 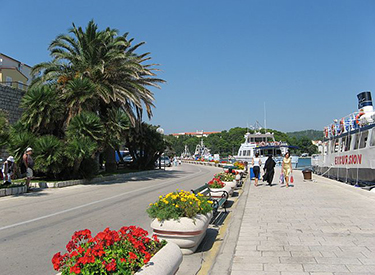 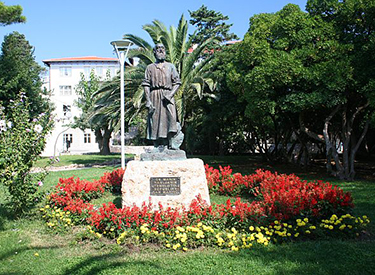 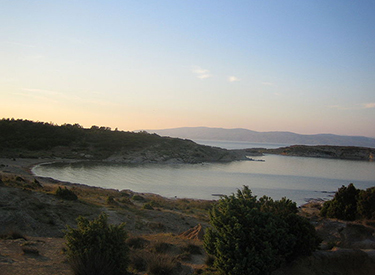 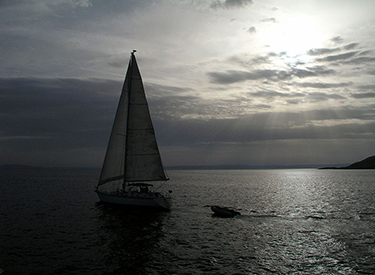 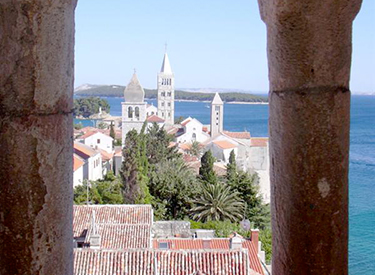 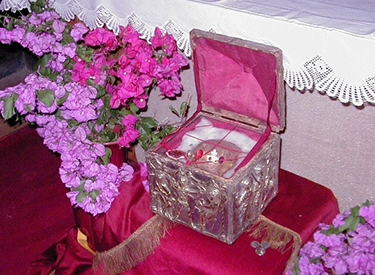 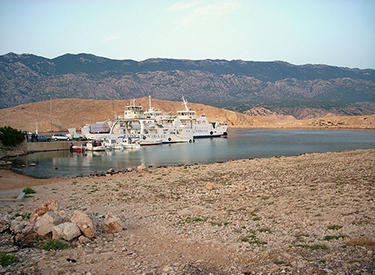 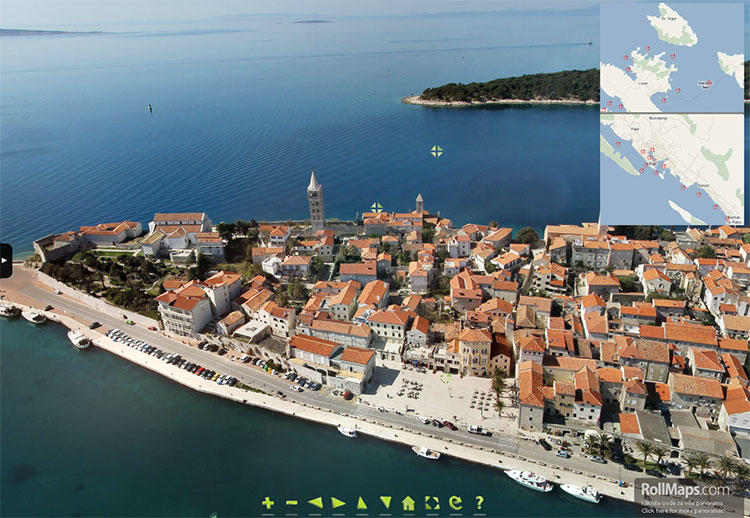